As a developer, your terminal is kind of like your living room

Over time, you accumulate little tricks to optimize your terminal…

Here are some low-effort, high-leverage tricks I’ve picked up over time.

Given how simple they are, you can start using all of them right now, with no learning curve.

You probably know about aliases, and maybe even use a few.

But you should probably be using it more, a lot more.

For almost any command I run multiple times a day, I’ll make an alias by editing ~/.bashrc

Is it hard to remember all these aliases?

Actually, surprisingly not, after you use them a few times.

Just add your most common ones at first build your way up.

I use iTerm as my terminal of choice.

I can’t remember when I started using it, but I do know that its window stacking feature constantly in use for me.

I use it to logically group things while multi tasking, or to run multiple servers / processes at the same time 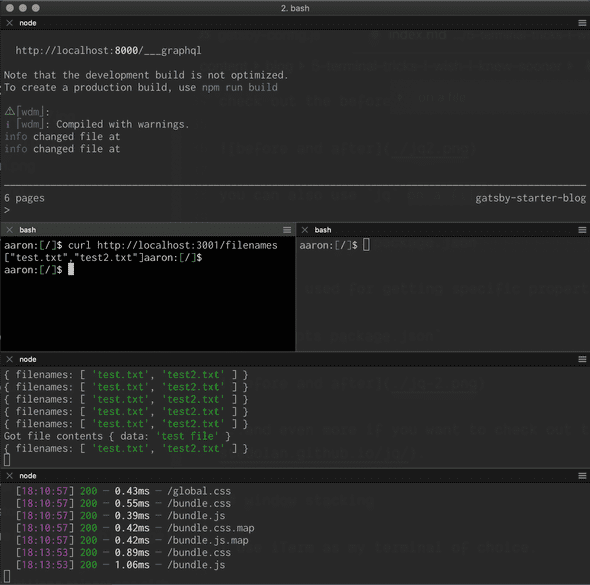 Every dev should at least know some basic VIM for sever configuration, quick edits, etc.

Syntax highlighting helps you write less errors in VIM and there are no installs required.

It’s such a simple trick that I am embarassed it took me so long to figure out.

just add one line: :syntax on; and save

If you want to further customize VIM, there are tons of VIM plugins.

Your bash PS1 prefixes every command you type with this nifty tool:

Create a custom prefix with the bashrc generator

Then paste it by opening vi ~/.bashrc

Apart from prefixing your commands with your favorite color, you also get the directory name right there, no more pwds required.

For this to work, just.

then just pipe a json call into jq by appending | jq .

check out the before and after 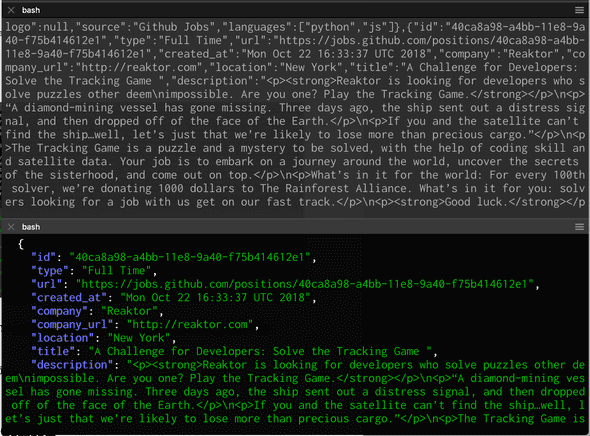 you can also use jq on a file,

…can be used for getting specific properties from JSON files…

…and even more if you want to check out the docs.

Hope at least one of these was new for you